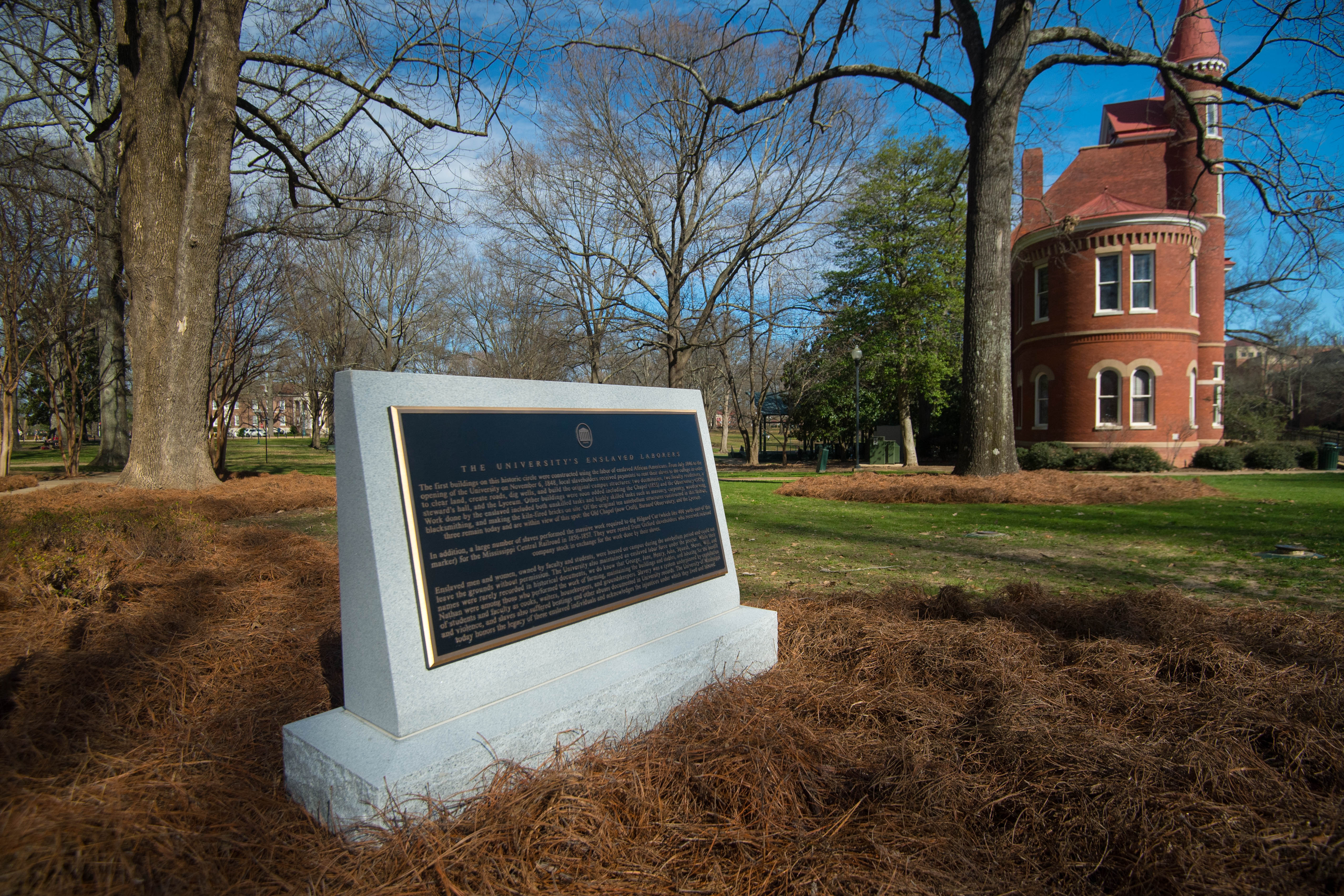 Click here to view the summary of the status.

The CACHC recommended two additional projects that received public input and were approved by Chancellor Jeff Vitter: restoration of headstones at the University Cemetery on campus and development of a memorial recognizing the U.S. Colored Troops from Lafayette County.  Two concurrent work groups have been established to undertake these projects, both to be chaired by Dr. John Neff, associate professor in the Arch Dalrymple Department of History and director of the Civil War Research Center.

Reading of the plaques, Student Ambassadors

On December 5, 2017, UM announced that it would hold a ceremony to unveil the contextualization plaques recommended by the CACHC.

In addition to the physical sites listed in the Phase II charge, the CACHC’s final report in Section B put forth two additional sites of university history for contextualization:

These two additional sites were not included in the original Phase II charge and therefore were not formally open to public input.  To reinforce the importance of community engagement and input, public input was formally sought via an online submission form from July 6–31, 2017, prior to taking any action related to these items.  With the public review and comment period complete and having received very positive feedback, Chancellor Vitter has accepted these two additional sites of university history for contextualization.